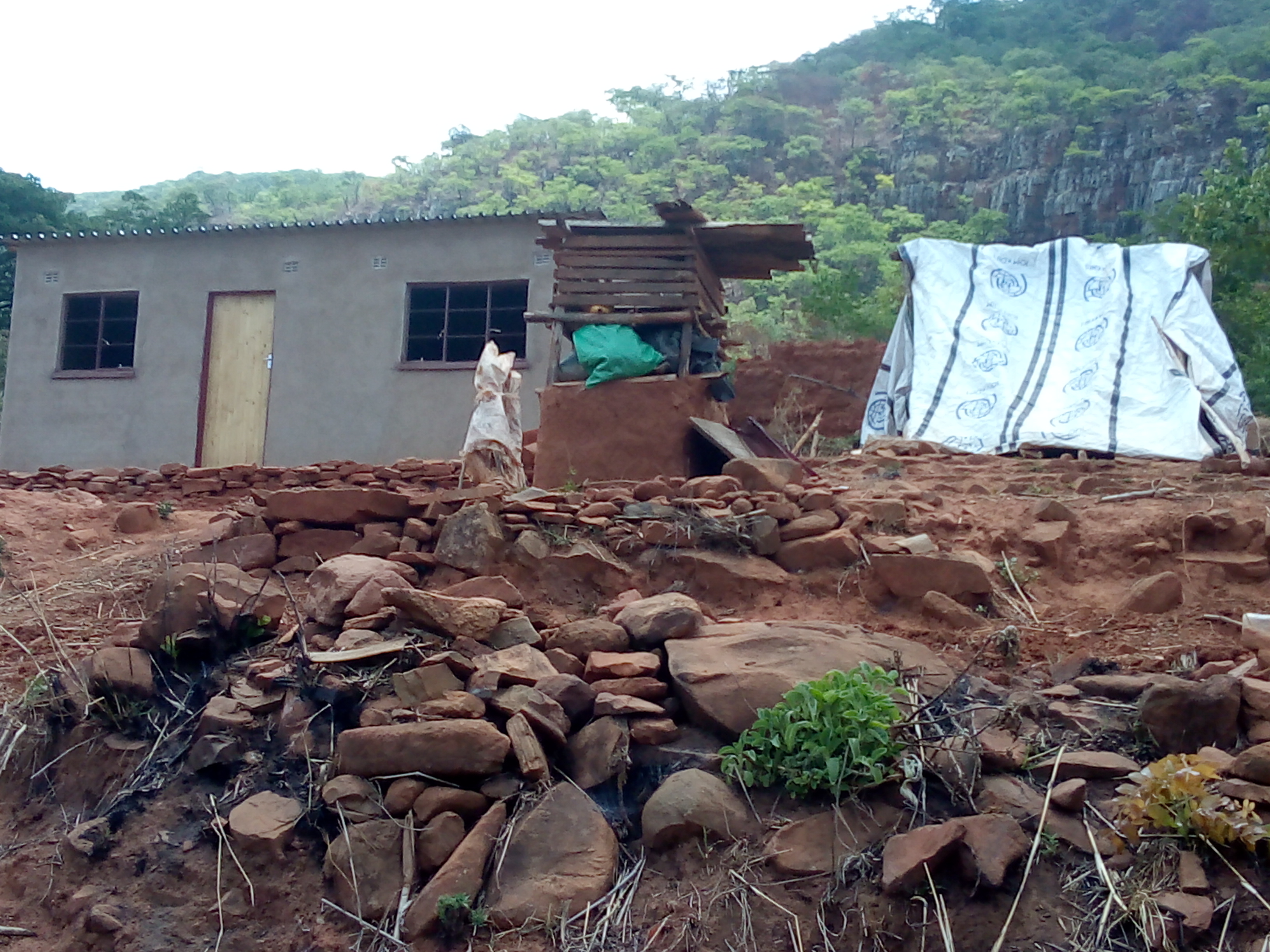 Thirty-four-year-old Catherine Makwecheredze could not contain her joy. She was a reciepient of a new house, courtsey of Africa AHEAD, a non-governmental organisation that has come to the rescue of victims of Cyclone Idai, who were rendered homeless by the vicious cyclone early this year .

Makwecheredze is among thousands of people, who survived the ravaging cyclone that wrecked havoc in the eastern side of the country in March. Many people were killed while thousands were left homeless.

Last Thursday a euphoric atmosphere engulfed Ndiyadzo village in Chipinge district after Africa AHEAD, working in partnership with Christian Aid, handed over newly-built homes and toilets to families that were affected by Cyclone Idai in Chipinge’s wards 2, 9 and 14.

Chimanimani and Chipinge districts were the most affected by the cyclone that also destroyed infrastucture, including, schools and bridges.

In Chipinge, Ndiyadzo village was one of the hardest hit and the community is still nursing emotional bruises.

“My house was destroyed and by then I was breast feeding. We were moved to some relief tents where I slept with five children in a tent,” Makwecheredze told Standard Style on the sidelines of the handover ceremony on Thursday.

“It was a difficult period for us and I want to thank the government for allowing Africa AHEAD to work in this area.”

Another benenficiary, Mathias Mavhundu said the cyclone could have been a blessing in disguise as this is the first time he has lived in a mortar and brick house.

“It was midnight when my hut was washed away by the storm,” Mavhundu said.

“We were three — myself and my two nephews in the hut and we managed to escape. I am lucky to be alive.

“I am very grateful for the new house and I never dreamt that one day I would own such a house.

“Its my first time to stay in a house built of bricks.”

Africa AHEAD Director Regis Matimati said it was fulfilling to see the project coming into fruition and gave credit to their partners Christian Aid.

“It is good to see communities themselves sitting down to agree who needed the support most,” Matimati said.

“That kind of cohesion is so impressive. “This is just the beginning and there is still quite a lot of work that needs to be covered.

“The headman really showed that the provision of houses was the priority for the community.”

Matimati thanked the government through the district administrator whom they worked with.

“We owe it to partnerships that helped come up with the gem of a product. I am quite impressed by what I see on the ground,” he said.

“We are celebrating a milestone and looking forward to meet other needs. “It’s difficult to provide for everyone, but where possible, we would love to look for more funding to meet needs.”

More than 50 blair toilets were built in ward 9.

According to the DA’s office, which also coordinates Civil Protection Unit programmes, over 1 000 homes were destroyed in Ward 9 and the community still needs assistance.

“The work was done well as implementing partners and donors came together with government in the lead,” Ndebele said.

“The engineers from government through the public works department came up with the design.

“The leadership in the community, the headman and councillors all came together so that we come up with these structures. So it’s not a one-man band. But what you are seeing here was a combination of efforts.”

“I want to apreciate Mr Matimati for the strong leadership. Key activities have been perfomed, including rehabilitating water sources. Africa AHEAD also trained 21 clubs to support community participation,” Mudodo said.

Village head Dudzai Ndiyadzo said the community had been lagging behind in terms of development, a situation that was exacerbated by the cyclone.

He hailed Africa AHEAD  for prioritising the building of houses.

“Our village has been lagging behind in terms of development since 1980. It used to be administered under Chimanimani before it was moved to Chipinge Rural District Council,” Ndiyadzo said.

“It is one village that had been neglected over the years. Even our own structures were not up to standard.

“Our situation was worsened by the cyclone where several huts were washed away. We have 143 households that still need houses.”

The handover ceremony was punctuated by drama and poems themed on water, sanitation and hygiene.