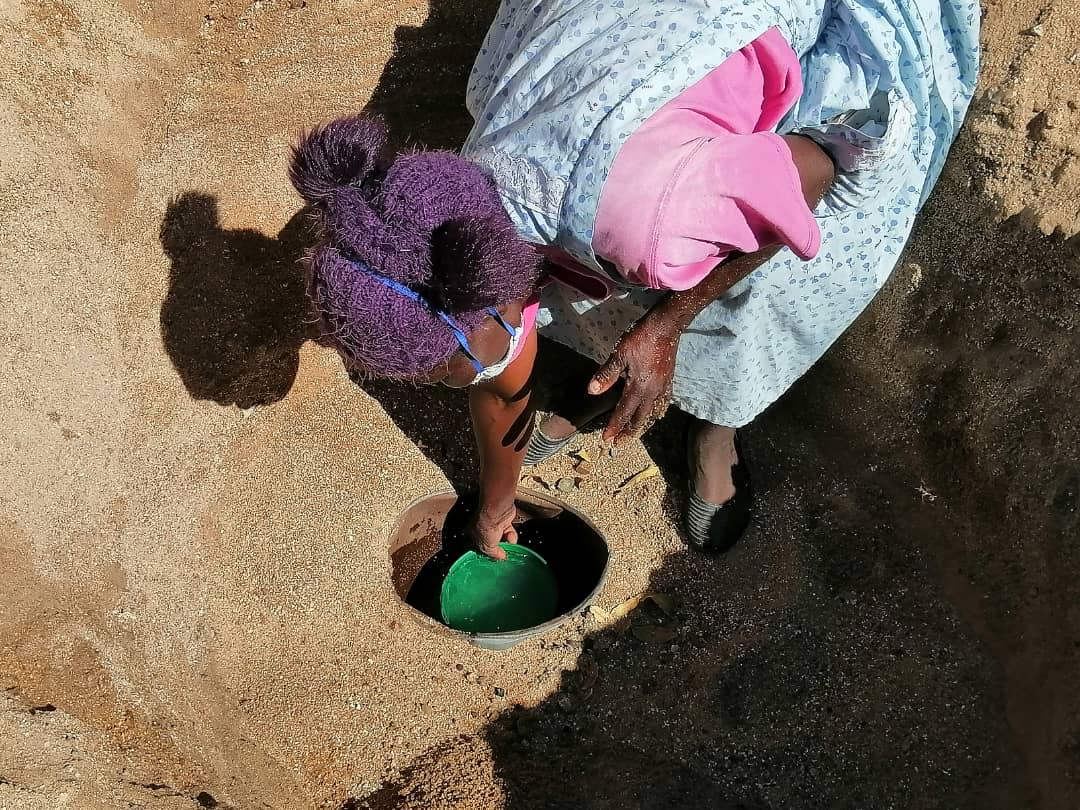 Like so many communities in Zimbabwe, the people’s need for  safe water has been ignored for decades as Zimbabwe’s infrastructure has fallen into disrepair. Boreholes are seldom maintained or rehabilitated.  People have to resort, like the elephants to digging for water below the sands. But this is not safe for human conspumption, as it is unprotected and will be easily contaminated, spreading diarrhoea and even cholera.

This is a Mufuku, a hole in the ground that allows over 50 households and their livestock access to water. A borehole was drilled by District Development Fund in 1989 but it has remained unaccessible since then. 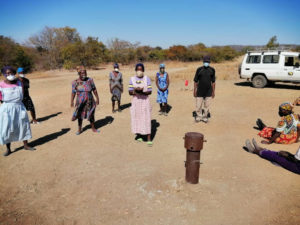 In the foreground the borehole that was drilled but never completed in 1989, whilst community revert to scraping ground water from holes in the earth. This will be a fully functional water point very soon thanks to AA/Unicef

Africa AHEAD staff working closely with this community in Ward 10 have the means to provide headworks for this borehole, through support from Unicef, as part of the recostruction after Cyclone Idai devastated the area in March 2019.  The project allows for 36 such water points to be rehabilitated, as well as the training of the community in water point management to avoid break down in the future. In this are 10 Community Health Clubs are being initiated in order to ensure the community remains active in preventing wter borne disease. Water point committees and village pump mechanics are being trained in these en areas.  Of course Covid 19 is being mainstreamed as we build the capacity of the community to prevent most common diseases.