After this session participants will know that

All picture cards (1-11) are given out, depicting a range of different handwashing practices which are typical of the local area.

Each participant with a card must come to the front hold up a picture and decide if the practice is ‘Good’ (Safe), ‘Bad’ (Unsafe), or ‘Medium’ (Unsure/Average) in terms of health risk.

Either put the card into one of the 3 piles or  form three groups of people with cards which are good, medium or bad practice.

Encourage discussion of the  reasons for why each card has been allocated to a particular group.

The next stage is to rank them from best to worst as below.

Once three piles/groups are made, participants then are invited to come to the front to organize the pictures in terms of priority:

Sometimes people come up and start to change the ranking which generates much debate. When each of the cards are ranked in a line, the facilitator encourages discussion which should end when everyone is in agreement. If there is disagreement a vote of hands determines the line-up.

Make a group decision on which is the most appropriate technology for your area and get all participants to commit to using this method, as well as use of soap.

Own up & Sit Down

Ask those with cards to come up one at a time and describe what is in their card.

Ask everyone to stand up. They must sit down if they do not handwash at the time which is shown. Continue until all the cards are shown. See if anyone is still standing at the end.

Congratulate them for being a model CHC member for handwashing!

Tell everyone that you will be asking each session until everyone is standing up at the end of the activity. 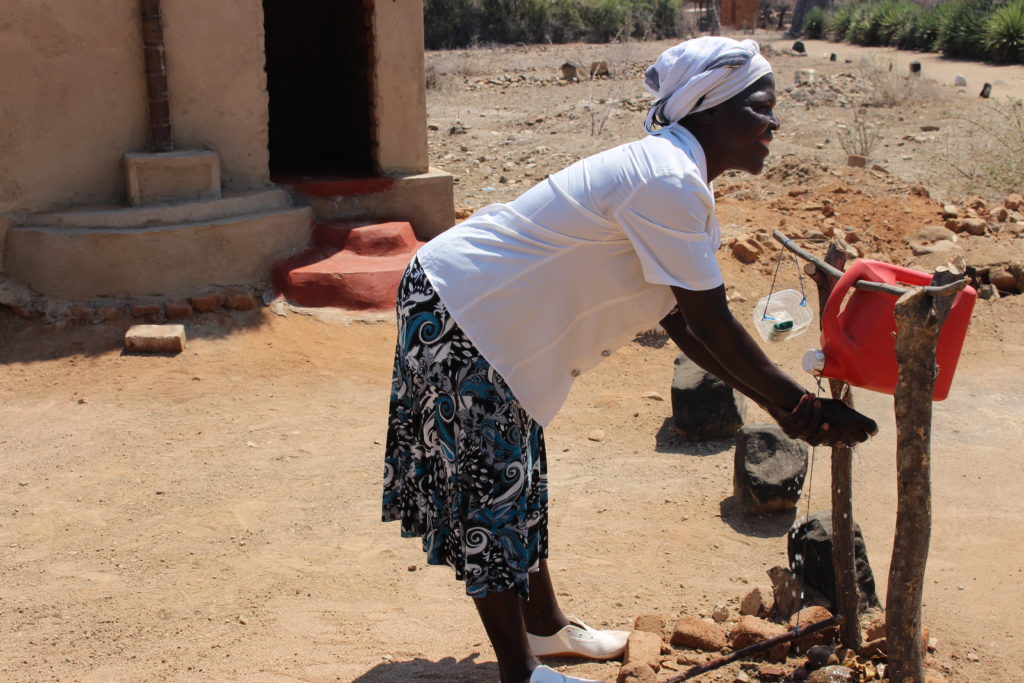 Preparation for the lesson

Down load the pdf document of Visual aids and have them printed.

Fold each page in half and laminate for use in the field.

Previous Lesson
Back to Course
Next Lesson
Login
Accessing this course requires a login. Please enter your credentials below!
Lost Your Password?